The main mandate of the division is to produce nuclear grade uranium metal ingots required for the fabrication of metallic fuel for the research reactors in BARC.
Uranium Metal Plant, an unit under Uranium Extraction division (UED) was the first uranium processing unit set up in the country, in Bhabha Atomic Research Center, Trombay, for the processing of uranium from indigenous sources.
Besides fulfilling the main objective of processing nuclear grade uranium metal for the research reactors at Trombay, Uranium Extraction Division has also been mother unit that has provided operating process, operational data and developed man-power for plant scale production of various uranium compounds of various grades, in India, in collaboration with Atomic Fuel Division, BARC.
A considerable amount of research and development work on uranium ore leaching and further processing had been carried out in the division for Uranium Carporation of India Ltd. (UCIL)- Jaduguda. After commissioning of UCIL, the source of crude uranium for processing was Magnesium Di-Uranate (MDU), the Uranium concentrate produced by UCIL- Jaduguda.
In 1960's, India was in need of ceramic grade Uranium Di-Oxide for making fuel elements for CANDU type of nuclear power reactor. Relevant studies were started in UED, and subsequently, a half charge for RAPP-1 was supplied. With the experience on the performance of various plant equipment, the design of Uranium Di-Oxide plant was completed, which has been in continuous operation since 1971, at Nuclear Fuel Complex (NFC)- Hyderabad.
Later, plant trials for the production of uranium metal from depleted material, enriched uranium oxide and uranium metal powder were also conducted here, in connection with the subsequent establishments for large scale production facilities. 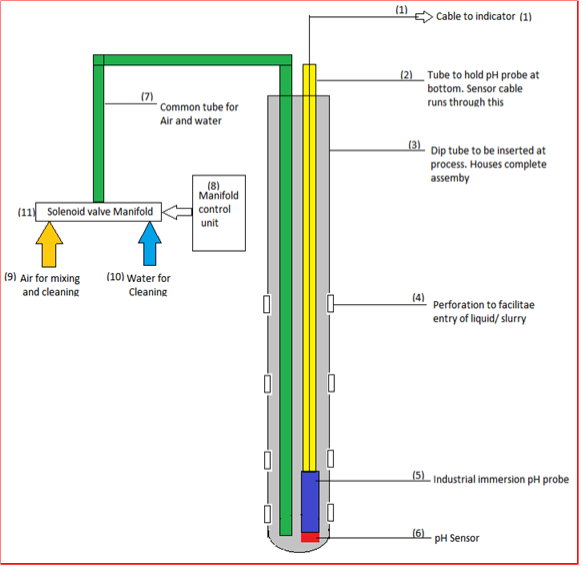 UED has developed a continuous pH monitoring system for slurry media and suitable for industrial batch application. The technology has been transferred to M/s Kavitul Technology Pvt Ltd Vadodara for commercialization and industrial application.